5 key differences between Mac and PC 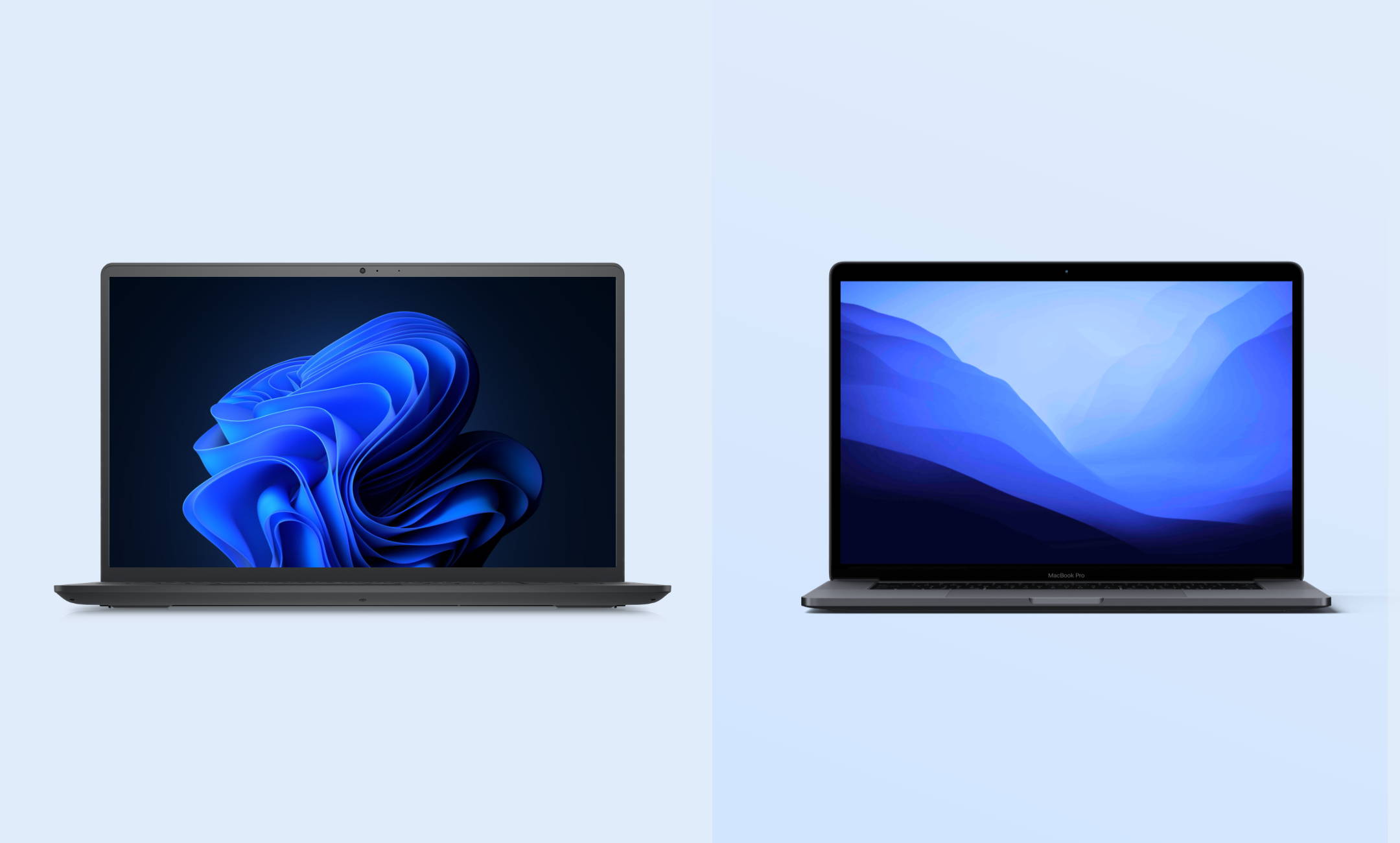 5 key differences between Mac and PC

In 1981, IBM launched its first Personal Computer or PC. Apple responded by publishing a full-page advertisement in which they welcomed IBM to the computer marketplace. While this appeared to be a friendly gesture, Apple was in fact implying that IBM was a novice in a field where they were the expert. This marked the beginning of a long-running feud that eventually evolved into a public debate over which one is better - Mac or PC?

(As an aside, there’s a problem with the phrasing of this question. PC stands for Personal Computer, and though Apple distanced themselves from the term and foisted it upon IBM, and subsequently on all Microsoft Windows computers, the fact remains that Apple laptops and desktops are personal computers. Anyway, branding and phrasing aside, computer users remain divided on the topic of Mac vs. PC.)

So, if you’re looking for a new computer or are considering making a switch, then you may well be wondering what’s the difference between Mac and PC. We thought we’d focus on 5 key differences - those that might help you with that all-important decision of figuring out which one is right for you.


So, if you’re looking for a new computer or are considering making a switch from Windows to Mac we've looked at 5 key differences; design, software, security, customer satisfaction and price.

Let’s start with the outside, with what you see.

With Apple, you don’t have as much choice. But there’s a positive to this. Yes, there are fewer options, but because Apple builds and sells Macs, there is greater control over the quality and stability of their products.

Plus, it’s not a stretch to say that Apple products have an instantly recognisable design aesthetic, from iMac to MacBook to iPad to iPhone. This design aesthetic is often hailed as cutting edge and sophisticated. It also allows for Mac computers to be lightweight yet powerful.

We’ve looked at the outside, now let’s take a look at the inside (in this instance we mean the operating system and software, not the hardware, which we will talk about later).

Macs run macOS (the most recent version is macOS Monterey) while PCs run Windows (the most recent version is Windows 10) or Linux. These operating systems share core functionality, for example allowing you to run apps, create and organise files, access the web, etc (though, yes, the keyboard shortcuts are different!). One undersold benefit of Mac’s, in our opinion, is that their operating system is particularly easy to use, and they are always offered for free.

Sometimes users like to run Windows on a Mac, for example if they have a particular piece of software that only runs on Windows. This can be accomplished either using Boot Camp on Intel-based Mac or using an app for example Parallels. Nowadays however, the majority of major apps are available on both Windows and Mac, for example, Office 365, Google Chrome, Spotify.

Another difference between Macs and PCs in this category is in pre-loaded apps. What do we mean by that? Well, as mentioned before, Windows PCs are made by different manufacturers, and these manufacturers are keen to give their devices their own unique features. Sometimes that means they include their software or partner software. While in theory this sounds good – free apps – in reality this software can over time become ‘bloatware’ that takes up space and hinders performance.

With Macs, the free apps are all built by Apple, and are designed for the Apple ecosystem. So if you have an iPhone running iOS (Apple’s mobile operating system), it’s easy to connect and sync files across both devices with Apple’s apps. Plus, they don’t impede performance.

Another software-related difference between Macs and PCs that’s frequently raised is to do with games. Many gamers argue that PCs are the better choice, as Windows allows for a wider selection of games. This was true a few years ago, but Apple is now fast catching up, and game developers now tend to offer cross-platform functionality. If you have questions in this area we’d recommend checking the respective games website where they should advise compatibility.

Some of our more (ahem) experienced readers might remember this Apple advertisement from 2006. In 30 seconds it showcased how Macs were superior to PCs when it came to security.

And while that advertisement is more than 15 years old, a lot of what it conveys remains true today. There are more PC users across the world than there are Mac users, and similarly more Windows computers used in business, but that means more viruses and malware are developed to target PCs than they are Macs.

The cybersecurity company, Kaspersky, wrote about how PCs face ‘a large cyberthreat attack rate’ and require security upkeep. Whereas with Macs, they say, there is ‘a lower attack rate’. They conclude that macOS is the better platform for those looking to stay safe without having to adopt a hands-on approach to cyber security, however it’s fair to say both systems are susceptible.

More recently Apple have made a point of building high levels of security in to all of their products, this is often a key area that’s developed with each new OS. You can read more about this on Apple’s site, here

As mentioned before, not all Windows-based PCs are built by Microsoft. That means customer support experiences vary from manufacturer to manufacturer.

By comparison, Apple builds all of its products and has its own dedicated Apple stores. Their customer support has developed a great reputation over the years. And that’s because these stores include a Genius Bar where qualified technicians can view, diagnose and service your devices. They’ve been so good at customer support that in 2020, during the middle of the pandemic, Apple topped a customer satisfaction survey, edging out Amazon and Google to take the top spot. We at Hoxton Macs also strive to provide the highest quality customer service, we’re particularly proud of our 5 star Trustpilot rating!

This is the big one. For a lot of people, price is the reason they choose a PC over a Mac. Again, because there are so many PC makers, there are so many PCs available in different configurations and price points. This means you have a greater range of options to choose from when it comes to PCs.

It’s fair to say that if you are looking for the lowest price option then a Windows computer is the way to go. However, it’s worth considering the longevity of these PCs. There are blogs, reviews and Reddit threads dedicated to this topic, and most agree that PCs tend to last between 2 to 4 years, sometimes longer with considerable upkeep.

That said, if you are looking at premium PC’s with higher specifications, for example Dell’s Alienware range, prices will be more comparable to Apple’s and these should offer better longevity.

How long do Macs last? Well, on average, between 7 to 10 years. That’s why many argue that though they are more expensive than PCs, Macs provide quality and longevity that’s far superior. And, of course, because Macs last for so long, refurbished Macs are a great option if you want one that’s more affordable but still delivers that premium experience.


Which one is right for you?

Obviously this varies from person to person. But hopefully with the above key differences between Mac and PC, you now have a good sense of which one is right for you. If you are leaning towards Macs, then do check out our range of refurbished Macs. As we said, you can get a range of high-end Apple products – MacBook Air, MacBook Pro, iMac, Mac Mini or iPad – that deliver the same premium experience, but at an affordable price point.

And sure, we understand you might be asking yourself, why buy refurbished? They are great value for money, reliable, no delays on custom builds, and have a lower environmental impact compared to new! Browse our collection here.